Next step after PCB soldering in mass production of electronic hardware is testbench that performs initial firmware upgrade and basic testing of soldered devices. As well as PCB soldering operating with that testbench must be automated as much as possible. As a last resort, manual operations that could not be eliminated should be extremely simple, intuitive and monotonous.

Here described steps of developing such testbench (hardware and software both) for IMX6ULL based electronic device (SoM module). At the end of the article, the source code of the testbench (Python script) is provided, which can be adapted to other families of microprocessors based on ARM architecture.

So we made some SW development using development board and made sure that IMX6ULL suits us – necessary interfaces supported, CPU perfomance enough for our tasks and we got understanding of approximate size of final firmware. So now it is time to start hardware development (PCB design) based on that microprocessor.

Among other requirements to the PCB you need to consider following three questions:

Answer options for each question:

If the microSD card is not suitable, the choice remains between NOR and NAND memory. Here the most determining factor – is final firmware size. If lower that 32 Mb – better to use NOR as it cheaper and has more write cycles. If higher than 32 Mb – NAND.

2. If you chose flash IC then there are two options:

3. Using development boards, you’ve almost certainly seen something like this: 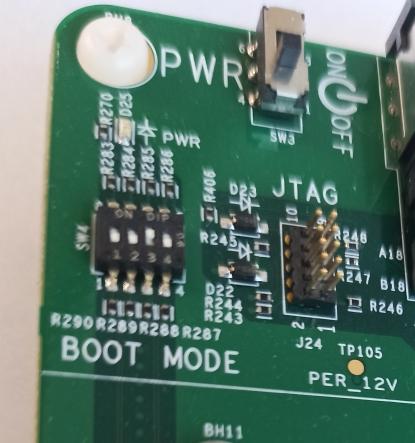 There is boot mode switch. Microprocessors, typically, supports use of different interfaces to access boot image such as SPI, QSPI, SDHC, UART, etc. Which boot option to use is determined by the fuse bits. The processor can take fuse bits from registers, either by determining the state of certain GPIOs. Which way the processor should use, in turn, is given by the state of the other two GPIO (BOOT_MODE0 and BOOT_MODE1).

You can also find a variant of a single boot option specified by resistors: 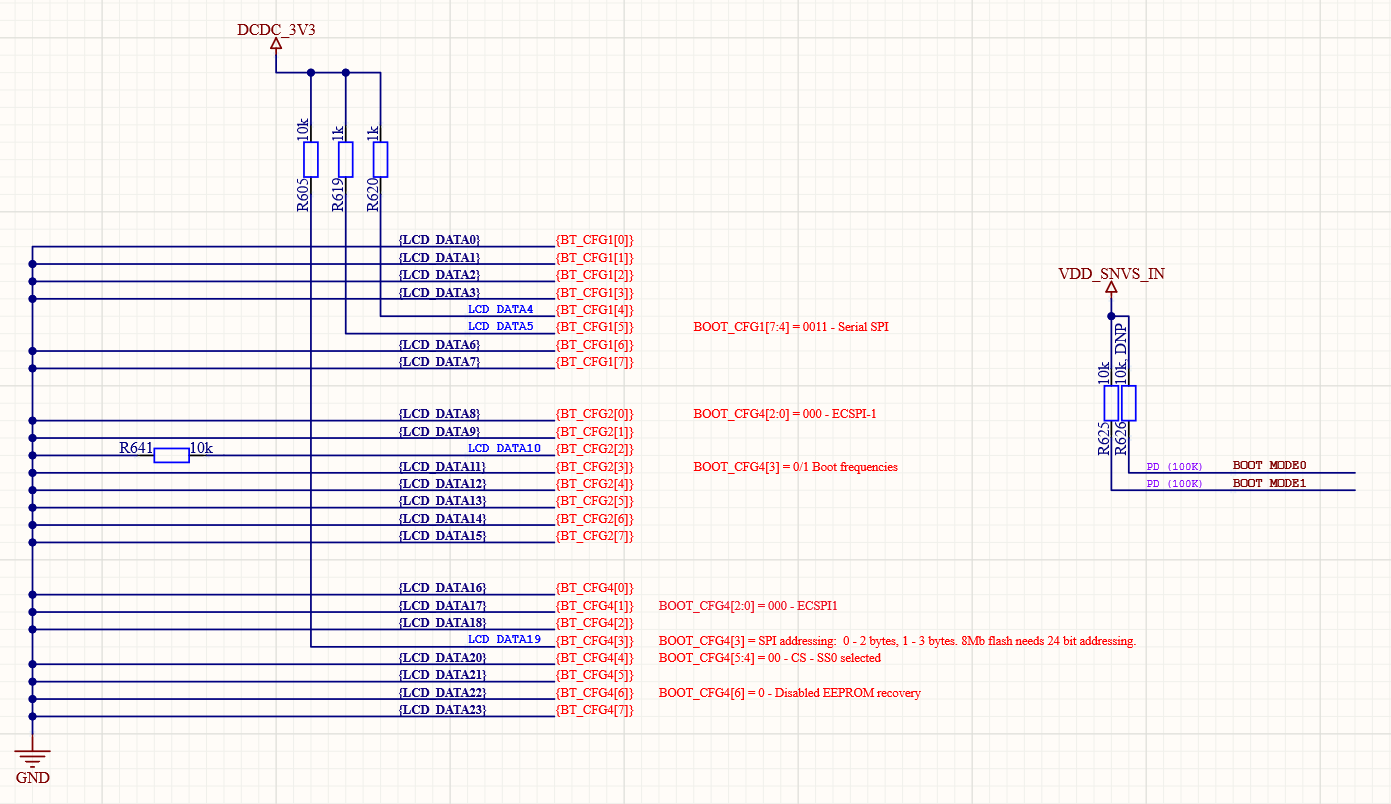 In a case you are limited in PCB size (our case) or you need configuration gpios to be used in alternative way, then only the third option remains – to “burn” the fuse bit.

So, in our case, the answers to the three questions above were:

The solution of the problem in this formulation of the questions was the developed testbench of serial flashing and initial testing.

The device for which the testbench was designed: 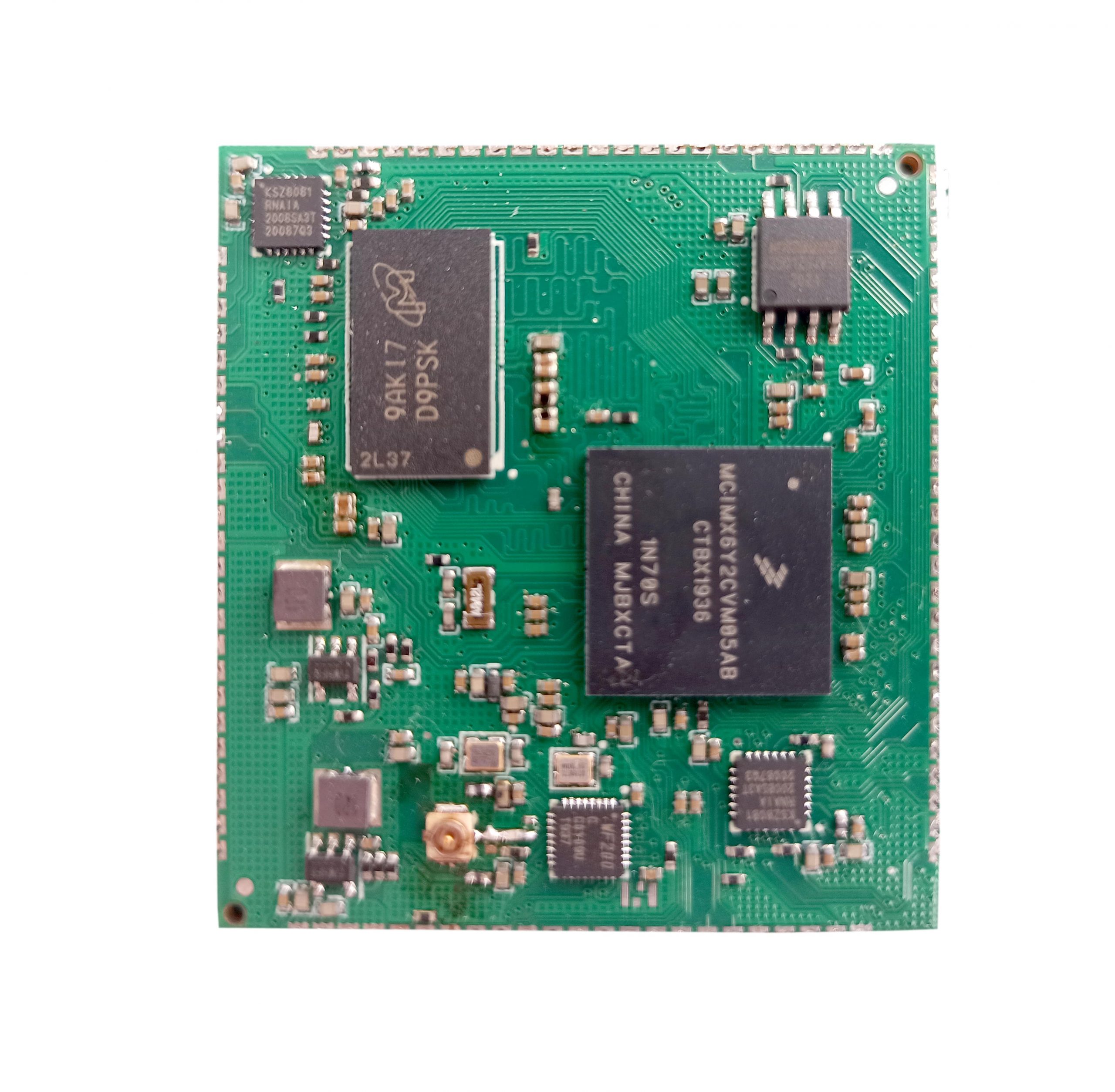 Here is testbench itself: 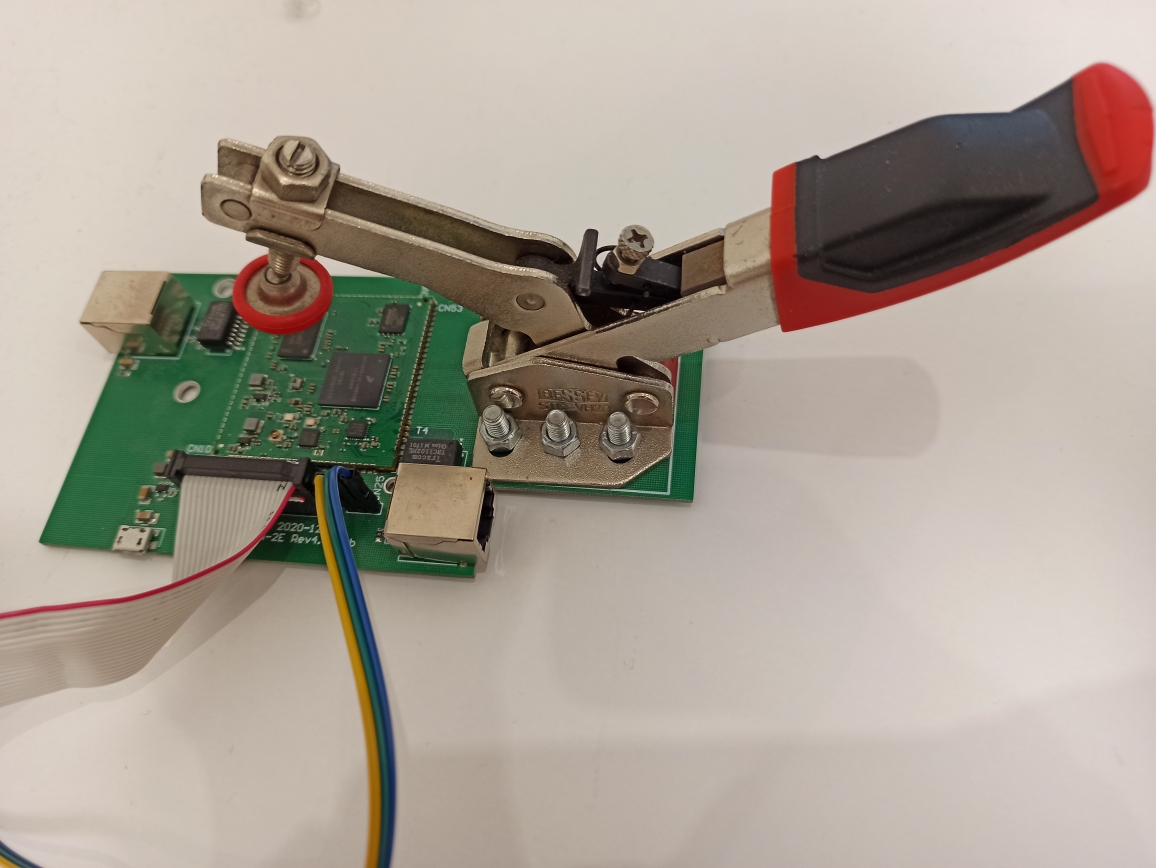 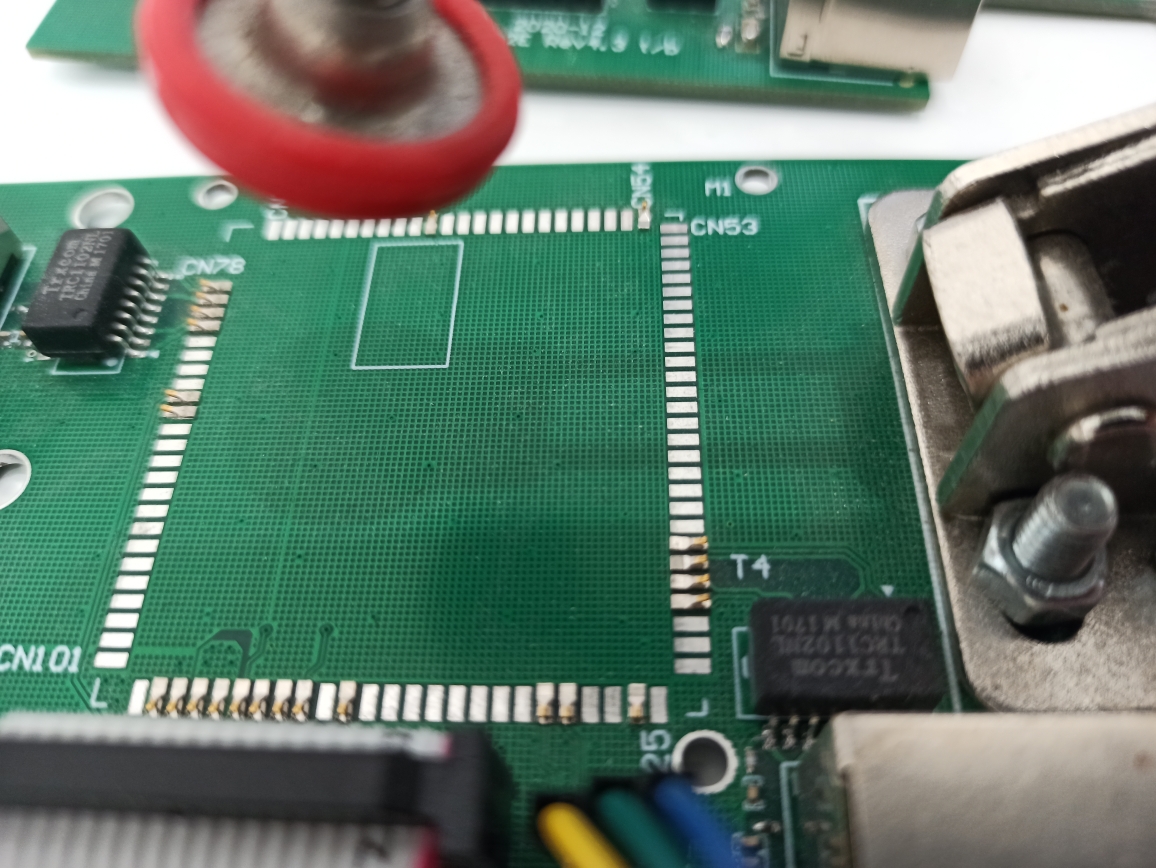 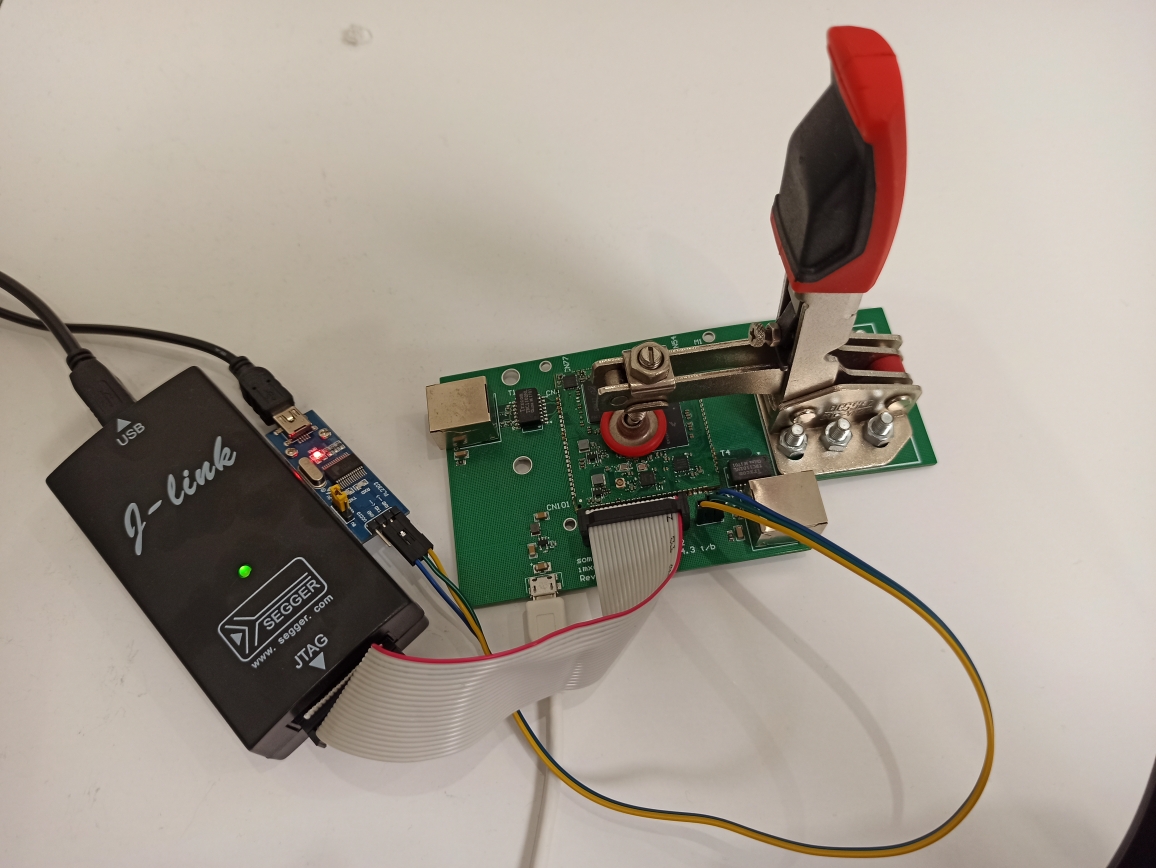 When designing, there were some doubts about the durability of the testbench (especially regarding spring contacts) and positioning accuracy. But they were in vain. The stand survived at least several hundred tested modules.

Steps from 3 to 13 can be easily automated. Here how it looks in Python:

full source code repository here. It should be easily adaptable to another families of ARM processors (NXP’s IMX series at least).